“Othering” within the “Othered”

In a time where sexual fluidity is becoming more accepted by society, new awareness is being raised for persisting issues within the larger movement. While the LGBTQI+ community is gaining traction in terms of civil right and awareness, as a “cohesive” entity, bisexuals are voicing their discontent about the exclusion they feel. With a lack of recognition, people who identify as bisexual are left to feel isolated by both the heterosexual and homosexual communities- left in a no man’s land of sexual orientation.

The Huffington Post recently released a spotlight blog about the ongoing concerns found in the bisexual community. The author asserts that biphobia continues to persist, so much so that it is detrimental to the health of bisexual youth. She relays shocking statistics that support the notion that biphobia is preventing bi-youth from having their greatest chance at success, and is resulting in mental health concerns, substance abuse, and even a higher rate in suicide. This “underrated” sexual orientation is portrayed as a subsect to an already subset orientation of sexuality. The author ends with a call to action for allies to help support the bi-community, and assist in giving proper recognition to this sexual orientation. 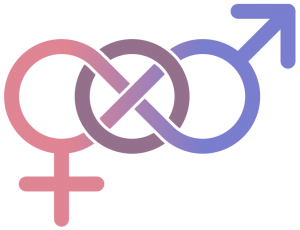 This article is not the first media piece in recent years to highlight the apparent struggle in the LGBTQI+ community. BuzzFeed, a prominent news source, has had multiple videos that bring to light the stereotypes and struggles faced by young adult bisexuals. One video in particular title “I’m Bisexual, but I’m not…” has employees who self-identify as bisexual to voice their struggles. However, as Nicole Kristal, the author of the original Huffington Post article, suggests the only way to really fight these injustices is to create a dialogue between bisexual and the LGT+ communities. Which is essentially what BuzzFeed did in their video:

Even in this video, there is still evidence of some stigmas that linger between the communities. For a predominately heterosexual and cisgender society many of these issues become overlooked. When talking about differing sexual orientations, modern society tends to try and blend them together in convenient acronyms such as “LGBTQI+”, but as these media articles suggests, these orientations can’t necessarily be categorized the same way. Standing up for homosexual rights, is not always synonymous with supporting other rights of varying orientations. In the post-modern world, identification is not as easily classified as it “once was”, and the establishment of categories often leads to particular groups being ostracized.

In this case, this has lead to bisexuals being “othered”, because they do not as easily fit into a classification. Even with the prominent Kinsey Scale which suggest that sexuality is a fluid identification, and uses bisexuality as a marker, some still feel that this “middle ground” can not qualify as a constant state. 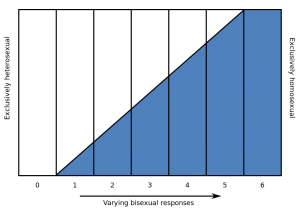 This pull towards a binary understanding of identity, shows just how much society struggles to classify the world around it.  It allows for you to be “This” or “That”, but nothing in between or a mix of the two. While these identities are completely valid, the classification of recognition is a constructed form of categorization, which is established by the dominant community. This practice extends further than just sexual identity, and places an emphasis on the hold society has over our culture and norms. In this case, it is the heterosexual and cisgender community, and Kristal is right that without allies and communication, the bisexual community is left to be “othered” by an already “othered” community.